Brexit is a Productivity Challenge

Brexit is a Productivity Challenge

As the turmoil in Westminster deepens Michael Millward identifies the real issue that employers will have to address as a result of Brexit. 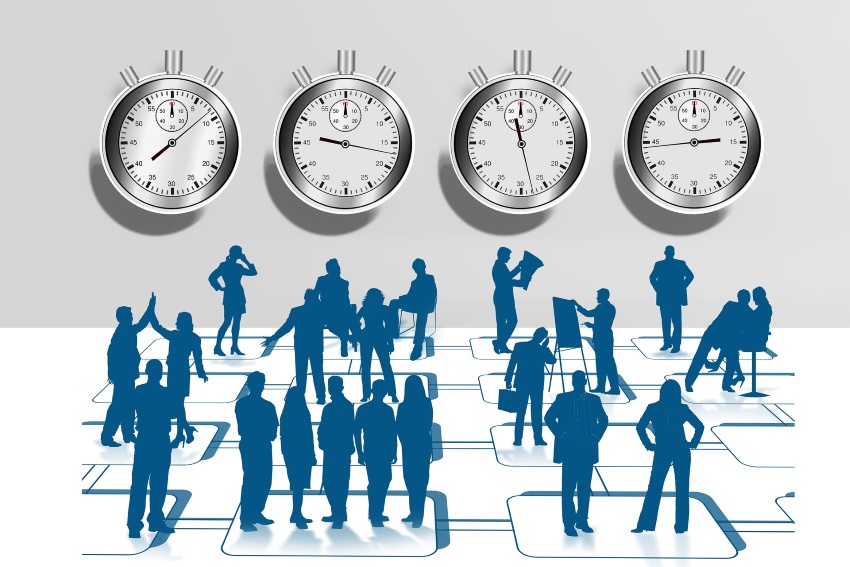 Regardless of how much chaos the politicians in Westminster and Brussels seem to be in at the moment the reality is that the United Kingdom will be leaving the European Union in March 2019.

Looking back, it is now clear that neither the leave or remain campaigns presented a plan for how their vision of the future of the UK would be achieved.

The Withdrawal Agreement that the Prime Minister presented to Parliament is over 500 pages long but the people who claim to have read it describe it as a big picture document that is high on intent and low on detail.

So, as a training professional what details of Brexit should I be concerned about?

The initial concern of HR departments was focused on all the UK employment legislation that is linked to the European Union and how it might have to change.

It soon became clear that all those laws support the sort of society that we want to have in the UK and so there is neither any reason or any appetite or any of them to change.

The second thought was about the impact ending the free movement of people will have.

Since it was introduced free movement has enabled UK employers to benefit from employing European migrant workers who have filled shortfalls in numbers or skills in the available UK workforce.

Such has been the impact of these workers that their return to their home countries many of which have fast growing economies will have an impact across all UK industries and leave companies with unfilled vacancies.

The Government assures us that we will be free to recruit skilled workers from around the world, but let’s not deceive ourselves, international recruitment is a lot easier to say than do, takes a long time, and to be honest is best left to specialists.

If migrant workers are returning to the home countries but can only be replaced by people who have gone through an administrative process, then there is a strong probability that there will be a shortage of workers in the United Kingdom.

There are lots of people of working age in the UK, but part of the challenge with some of them is that they aren’t as productive as they could be. In 2012 the book Britannia Unchained which former Brexit Secretary Dominic Raab and fellow Members of Parliament, Elizabeth Truss, Priti Patel, Chris Skidmore and Kwasi Kwarteng contributed to, described British workers as being lazy in comparison to migrant workers and workers in Asia.

If the UK is to thrive after Brexit then it must collectively address the challenge of improving the productivity, and indeed the work ethic of British workers.

The United Kingdom is one of the biggest global economies a member of the G7, but we are not amongst the most productive.

In the months leading up to the 2016 referendum the output per hour worked in the UK was 18 points below the average of the other nations in the G7,and the trend in UK productivity shows, despite advances in technology, that British workers are getting less productive than their international counterparts.

When in 2017 Expert Market compared the annual Gross National Product of British workers to workers from a wider group of countries the UK was ranked in 17th place, one place down from the 2016 ranking.

Back in 2013 a EuroStat analysis of productivity showed the United Kingdom in 13th place.

The picture is not as bad as the authors of Britannia Unchained may have painted in their assessment or as these comparisons indicate.

Figures from Trading Economies show that British Workers are improving their productivity.

Sadly, the productivity of British workers just isn’t improving as much or as rapidly as workers in other countries. It is easy to assume that the low wage economies of the developing world are out performing the UK, but this would be a mistake, smaller economies, like Ireland, Luxembourg and Denmark are regularly placed higher, and other small but rapidly developing countries like Iceland and New Zealand are quickly catching up with the UK.

So, the HR profession faces a challenge; how are we going to contribute to the development of a more productive workforce?

Some might say that the problem kicks in long before people enter the workforce during the time spent in an education system that is too academically rather than vocationally focused.

Others may say that the challenge is more cultural, we Brits are just lazy! But hey! Artificial intelligence will arrive, just-in-time to save us!

Joking apart, on the other hand, the problem might be that employers and the HR profession simply have not paid much attention to productivity, instead focusing on the legal side of employment and the softer aspects of management like employee engagement.

I am an enthusiastic advocate of the importance of legal compliance and equally enthusiastic about employers building hiring to retiring relationships with their employees and the mutual benefits that such an approach can deliver.

But all of those initiatives cost money, so we should not be surprised when we read press reports about how workers in the most productive and profitable organisations, regardless of their location or industry are treated.

In the cold light of day those HR professionals who first focused on improving productivity have much easier access to the finances that they need to build employee engagement programmes that support employees.

How do we steer approaches to employee management away from the two extremes of employment law, with disciplinaries and grievances and employee well-being programmes to something that is more focused on organisational and employee productivity?

At the start of my HR career the work of what was then called a Personnel department was much more focus on manpower planning and organisational work and methods assessments, but these functions have slipped from favour and the complex skills they required have become endangered.

Fortunately, there are some companies, from across a wide range of industries, that have maintained an interest in employee productivity.

It is the professionals from these companies that will be presenting their experiences at the HR Productivity Summit in London on 31st January 2019. If you wish to attend use the booking code WPLC10 to receive a 10% discount.

Why WPLC added Personal Career Management services Nowadays it is an unfortunate fact of working life for most people that they are more likely than...More...